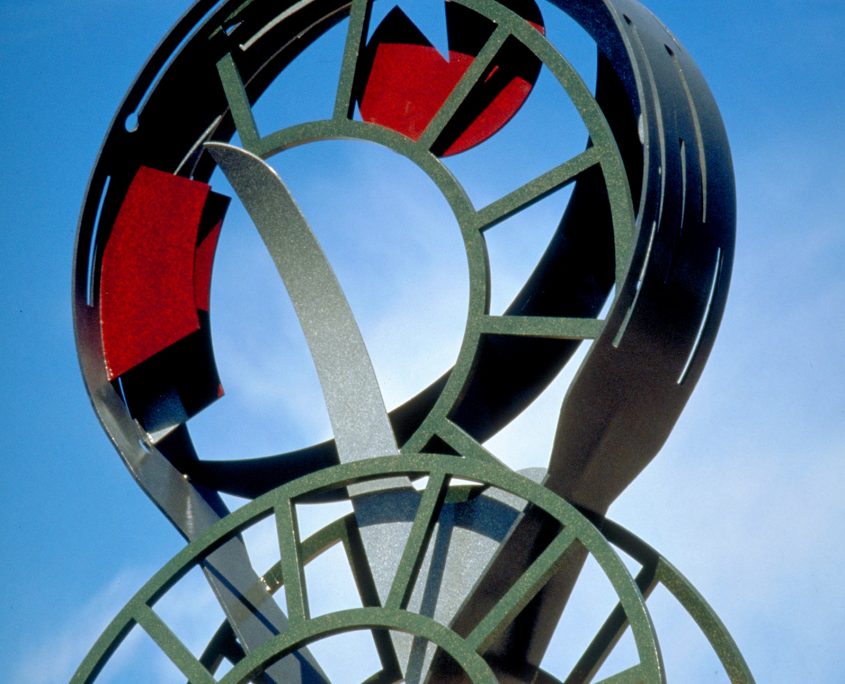 A series of six site-responsive sculptures for a freeway viaduct.

The “Time Vanes” project consists of six site-responsive entry monuments on a primary thoroughfare into downtown Denver. Just as wind vanes tell the direction of the wind, these “time vanes”, monumental gateway elements on the viaduct, tell the direction of the times in Denver’s history. If you were able to stand on the viaduct and see back through time, you would have a significant perspective on the history of Denver and the West. The Platte Valley is the birthplace of Denver and the location of its first official settlement, called Denver City. It is also the local nexus of highway and rail connections, serving as Denver’s transportation corridor.

Four of the pieces stand at the edge of the Valley near downtown. Those four pieces tell a story about salient aspects of the times in the Platte Valley. The other two, at the end of the Viaduct near the freeway, look at attitudes and concepts about time itself.