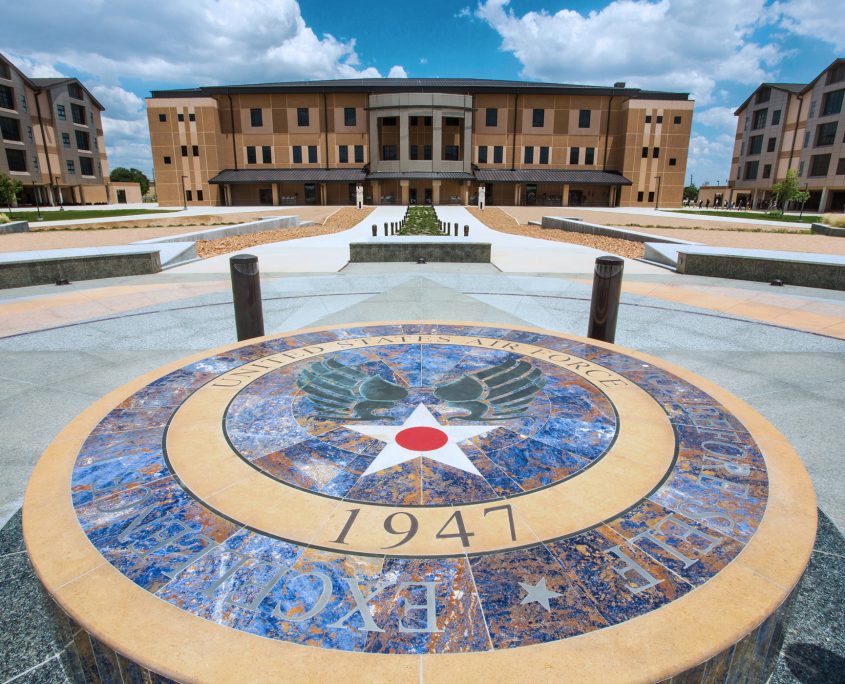 A ceremonial plaza design for a new campus quad on an Air Force Base.

This was a Design Team project in collaboration with artist Robert Tully, Merrick Engineering, and Rialto Studio. This expansion of Lackland Air Force Base included new dormitories, commissaries, and a central campus quad. The campus quad fills a large open space between the dormitories, and it serves both ceremonial and functional purposes. The design of the quad recognizes the history of the Air Force with a representation of the Air Force “coin” medallion, and it accommodates Base programming with routes for the marches of Air Force “flights”. The central Plaza area is a large hardscape made up of several varieties of finished granite. Elevated from the outlying quad, this unique space is designed to host ceremonial and honorary events. At the very center of the Plaza is a replica of the Air Force “coin” medallion. With inlayed glass and polished granite, this representation is a universal symbol of pride for Air Force personnel.